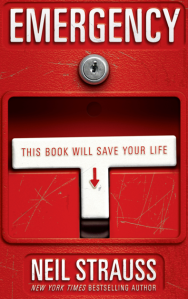 A recent conversation with a friend reinforced the need to encourage local people to stay and help during an emergency, whether it is a long one or just a few days. Over the course of a few conversations, I could see his outlook change from “I need to escape to another country with my kids” (he’s divorced) to a more positive, healthy attitude of “I need to get trained up so I can stay and help my community.”

That’s a *great* change in attitude, applicable for many situations (I’d still use the Go Bags if you’ve got a nearby chemical spill on the highway). I appreciated watching the stages of my friend’s progression as I port my self-reliance projects from a personal level to a town level.

You can read a similair journey taken by the excellent writer Neil Strauss in his book, Emergency. Another author, Zachary Nowak has an interesting take on this attitude here. His editor Adam Fenderson, founder of the Energy Bulletin, commented on Nowak’s essay:

There is also a ‘third way’, one which combines self-sufficiency/survivalist type tactics with community building and some relatively positive visions. Eco-villages, Richard Heinberg’s lifeboats strategy, and the [Transition] town-scale efforts in places such as Kinsale in Ireland and Willits in California might be considered part of this approach.
Isolationist survivalism, constantly on the guard from marauding hordes, doesn’t sound like an existence most of us would consider worth living. And promoting it, where it takes our energies away from more collective energy descent tactics might actually increase the likelyhood of such uncontrolled collapse and desperate marauders. So the ethics of promoting such an approach are complex.
We publish Zachary’s article because it is full of excellent advice and resources of value to anyone with an interest in taking more than a superficial approach to sustainability (a term which ultimately does mean the same thing as survival.)

Go Bags: do you really need them? 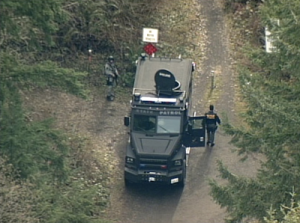 Frequent business travelers are familiar with the idea of keeping an always-packed bag ready to go. Thankfully, I’ve now progressed to a point in my career where I have more control over my business schedule. I no longer need a Go Bag, as we called them. Or do I?

If you think of the many emergency scenarios which might force you and your family to vacate your home at a moment’s notice, there are actually quite a few. Anything from a chemical spill on the nearby highway to a fire on your neighbor’s roof can force you to abandon your home and all the preparations it contains to help you weather an emergency and be available to help others.

But recently I learned another reason to have a set of well-equipped, well-marked Go Bags ready to throw in the trunk. I received a phone call from a friend that said, “Dude, are you watching the news? Your house is on it. I’m watching a feed from a helicopter.” Ha ha, what a jokester. Although a couple of helicopters had been hovering for over an hour, passing back and forth around the forest near our home. I thought they were just doing survey work. Hmmm, maybe my buddy is not just pulling my leg. I don’t subscribe to TV, so I had no idea what he was talking about. He relayed what was happening while I called it up on the internet.

At the end of my driveway (it’s long and you can’t see the beginning through the forest), we had 50 officers from the local and county police, ATF and FBI, plus some US Marshals in a stream of unmarked and normal patrol cars, including a full-blown battle wagon. Really, it looked like a tank. This is a photo of it sitting at the end of my driveway by our trailheads. The officers and agents fanned out in the forest that surrounds us, looking for an armed robber’s weapons cache. Because weapons were involved, these guys were wearing full body armor, camo, and carrying assault rifles. Great; just what I wanted in my back yard.

What to do when the battle wagon rolls up your driveway? Thank the officers for doing their job, grab the kids and Go Bags, and get out of there.

So, what makes a good Go Bag? Google will return lots of helpful lists for you, but in general, put into 1-2 bags everything you need to camp comfortably outdoors, without power for several days, and you have the beginnings of a good Go Bag. I’ve added a few items for minor medical emergencies and items specific to our climate/terrain. Store the bags near your vehicle so you can grab them on the way out.

Since this incident, local friends have stopped raising their eyebrows in skepticism when I mention things like emergency preparedness and self defense. They’ve started asking detailed follow-up questions about how they can also become more prepared. I suppose I have a felon to thank for that.